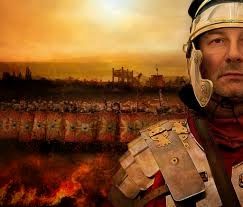 The faith of Christians is almost constantly under attack, and the most frequent yet most overlooked location these assaults take place is on the battlefield of the mind.

In this article, we will discuss some of our enemy’s tactics employed to defeat us. Some of them you may not have considered as weapons to be used against us, but you will certainly recognize them. The first one is knowledge.

The inherent risk knowledge represents to the things of the spirit cannot be taken lightly. One would think the more you know about the Bible in general, the more it would enhance our beliefs. But many have fallen into the abyss of giving knowledge precedence over faith.

The first sign of danger is when you begin to try to explain away the miracles of God by defining them simply as occurrences of nature.

Does the ability to explain portions of the miracle make them any less miraculous? Hardly. But we’ve allowed the how of the blessing to overshadow the why. The battlefield of the mind is where the conflict between knowledge and faith rages between what we can explain and what we must accept by faith. There are so many examples, it would be impossible to address them all, but we will mention a few as we go along.

We are up against a powerful adversary, who knows how to attack us at our weakest point, and the story of the Garden of Eden is where we find its beginning. Satan knew if he could convince the man to disobey God and partake of the tree of the knowledge of good and evil before he was wise enough to control and use correctly, he could destroy humanity.

And he was right.

The warfare of the mind would be forever easy to conduct on his part; he would only have to use man’s logic to invoke disbelief, the mortal enemy of faith. He would no longer need miracles of evil; he would only need to send to the battlefield of the mind a question; “Indeed has God said,” (Genesis 3:1)

Every defeat of faith contained within this short yet deadly preface; “Indeed has God said.” Those so knowledgeable that belief in God has become unnecessary unknowingly bear the banner of the defeated. Image the arrogance of man, the creation of God, taking the stand of unbelief in his creator?

Evil men and women engaging in every violation of the Commandments of God, discovering at the last of their lives their knowledge has failed them, turn to God for salvation, hoping it’s not too late. And too many more, who, after gaining a reprieve from God, return to their former ways.

I love history and science. But I must always be on guard to ensure my gained knowledge of such subjects doesn’t cause my faith to be misplaced. Our Lord said, “it is easier for a camel to go through the eye of a needle than a rich man to enter the Kingdom of God.” (Mark 10:25). I want to submit ‘it is just about as hard for an academic to enter the Kingdom of God as it is a rich man.’

You see, with education (knowledge) comes arrogance, one of the seven deadly sins, so now faith has two enemies. Self-created enemies of man resurrected on the battlefield of the mind. How could the wonders of nature be created – “Indeed has God.”

Our logic insists loudly, the earth’s creation in six days cannot be.’

It instead insists the earth came about throughout millions of years of evolution, drowning out the seed of faith that cries out ‘is anything to hard for God.’ “With men it is impossible, but with God all this are possible.” (Mathew 19:26). To the educated, the creation happening over six days is folly.

To those who stand on the side of folly, a thought or two to consider: were the six days of creation 24 hours in length? Or were they six dispensations of time? If you chose the six dispensations (or epics) of time over the six 24 hour days, what is the basis of that position? Is it the current way we measure time or the geological evidence of the earth itself?

Likely your answer is based on the ‘belief’ the earth began as a molten mass, eventually cooling down enough to support life. I submit, it is just as likely our planet was a cold rock, which with the birth of our sun, became hotter and hotter until it was warm enough to support life. Volcanic activity coming as a result of warming up, not cooling off.

The length of time of creation makes no difference in my faith in God. Nor does it change my belief that God created man. Wait until it becomes accepted that the speed of light is not constant; held as scientific gospel, but slowing down. When the educated come to grips with this fact, their rock-solid epics of time will challenge their accepted knowledge of creation.

The biblical account of the flood, and Noah, are considered by many to be an allegory, a traditional myth. Yet, the event spoken of in the Bible is recorded as fact by other civilizations as well. Our logic questions the story based on the geographical makeup of the world as it is today. How could all of the landmasses of the globe be covered in water?

Would the story be more believable with the realization that at one time in geological history, there was only one landmass? A supercontinent that broke apart and became fixed in position as it is today? This discovery, known as the Pangea, was made famous around 1912 by Alfred Wegener. Does this ding the pride of your reasoning or shake your faith in your knowledge?

A while back, I watched a series on the ten plagues God wrought on Egypt when Pharaoh refused to let the Jews go free. The theory goes like this: a volcanic eruption (the island of Santorini) whose ash fallout started a chain reaction of events that resulted in the ten plagues. The explosion was responsible for plague one; then one caused two, etc.

There are other theories, which seem to have the same outcome, only the timetables are different. It’s nice to think the explanation would increase our belief in God’s word, but science would instead argue over the when and how and ignore the why.

The archaeological evidence of the ten plagues Egypt suffered is mounting, just as recorded in the Bible. Yet beyond this evidence, one overwhelming fact that we cannot ignore nor dismiss, no matter to what explanation you subscribe.

That is prophecy. The prophecy foretold the entire sojourn of the Jews in Egypt before it took place. Prophecy is the soldier of faith sent forth on the battlefield of the mind to challenge the arrogance of knowledge. In Genesis 15:13

“God said to Abram, “Know for certain that your descendants will be strangers in a land that is not theirs, where they will be enslaved and oppressed four hundred years.”

After the Jews were in Egypt for 400 years, Pharaoh freed them after the wrath of God poured out on Egypt in the form of ten plagues. Science cannot explain prophecy, so they try to explain it away.

Prophecy is spiritual; it belongs to a realm that is only conceivable through faith, not knowledge. And is often rejected because it makes no logical sense, yet it is deadly accurate.

Because of this ongoing warfare of the mind, what should we do?

Should we reject knowledge? Should we cease in our investigations into history? Should we stop scientific research that has led to remarkable discoveries that have improved man’s life on earth? No! But they must be held in proper perspective. We must not allow our knowledge to replace our faith in God, becoming the victor on the battlefield of the mind.

We must constantly remind ourselves the knowledge of good and evil has led to more corruption than good. Man has used this knowledge to create weapons of war, whose destructive power has left death, destruction, and misery in its wake. Only faith can get us past this abuse of knowledge.

We are given a warning from the beginning about the inherent dangers of partaking of the tree of the knowledge of good and evil before we were mature enough in faith to control it.

“but of the tree of the knowledge of good and evil you shall not eat, for in the day you eat from it you shall surely die.” (Genesis 2:17)

We continue to ignore warnings and forget previous mistakes. World War I was heralded as ‘the war to end all wars,’ because of the horrible destruction it brought about. People of the day were sure there would never be another. Yet a mere twenty years later, there would be another war, twice as destructive.

The destruction of World War I would pale compared to the devastation brought about in World War II. Recent history records more wars, more destruction, and more misery. We are continuing to pay the price for the knowledge of good and evil without the wisdom to manage it.

We are losing the battle of the mind. Allowing our faith in God to be crushed by our attainment of knowledge has an inevitable end. And knowledge unchecked by faith leads to death.

Thankfully there is a tree of life of which we can partake. In faith, we can partake of the goodness of God, eat of the tree of life through our Lord Jesus Christ, and it will sustain us on the battlefield of our mind. History shows knowledge is a double-edged sword, which man cannot control without wisdom, wisdom which can only come from faith in God.

The battle continues; the battlefield is our mind. We can only achieve victory by putting God first and knowledge second. Only then can we use knowledge rightly, in service to one another, improving the lives of one another, as is God’s will.

What good is gaining all the knowledge in the world yet losing your soul?